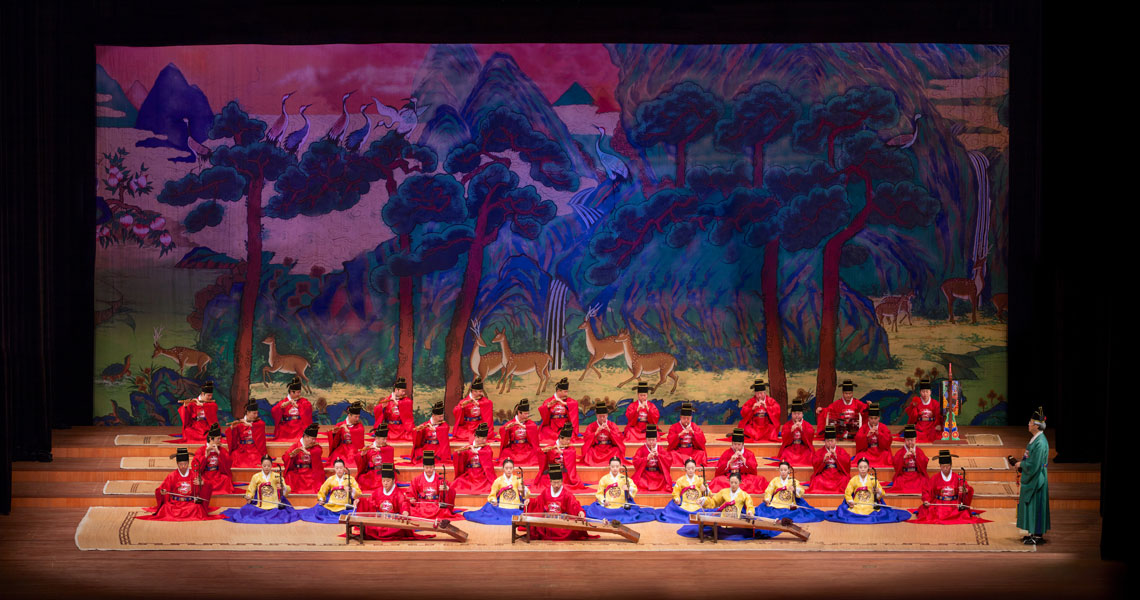 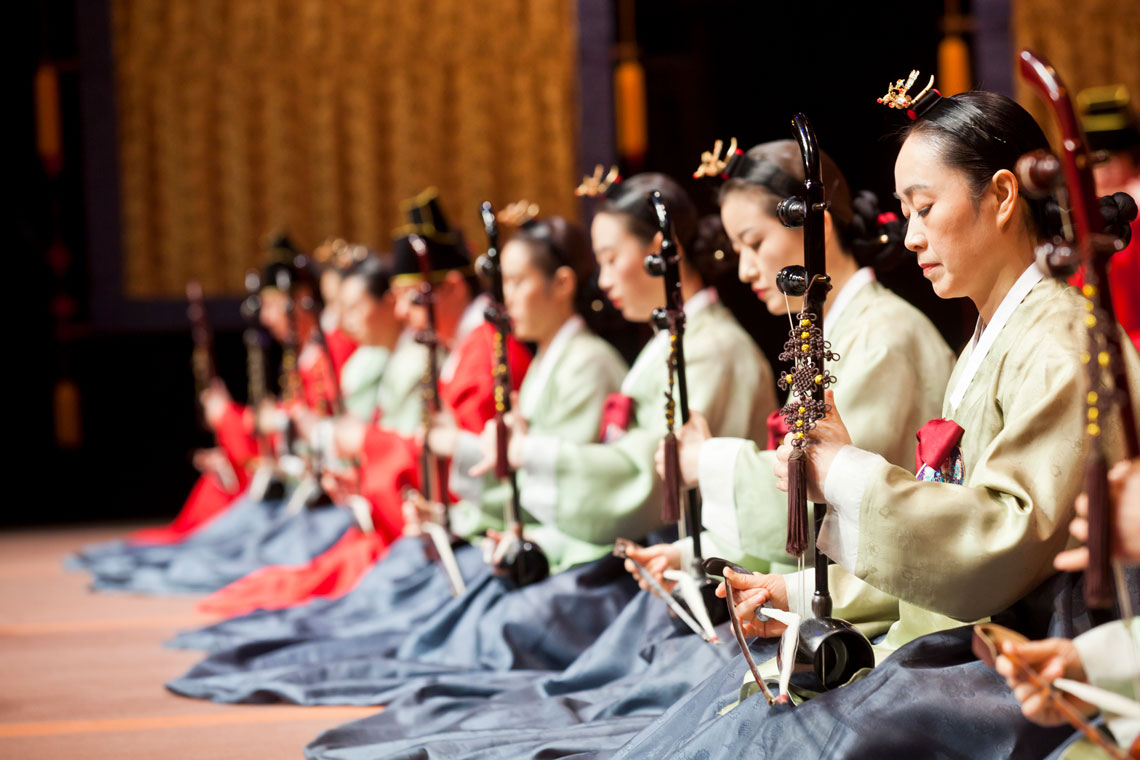 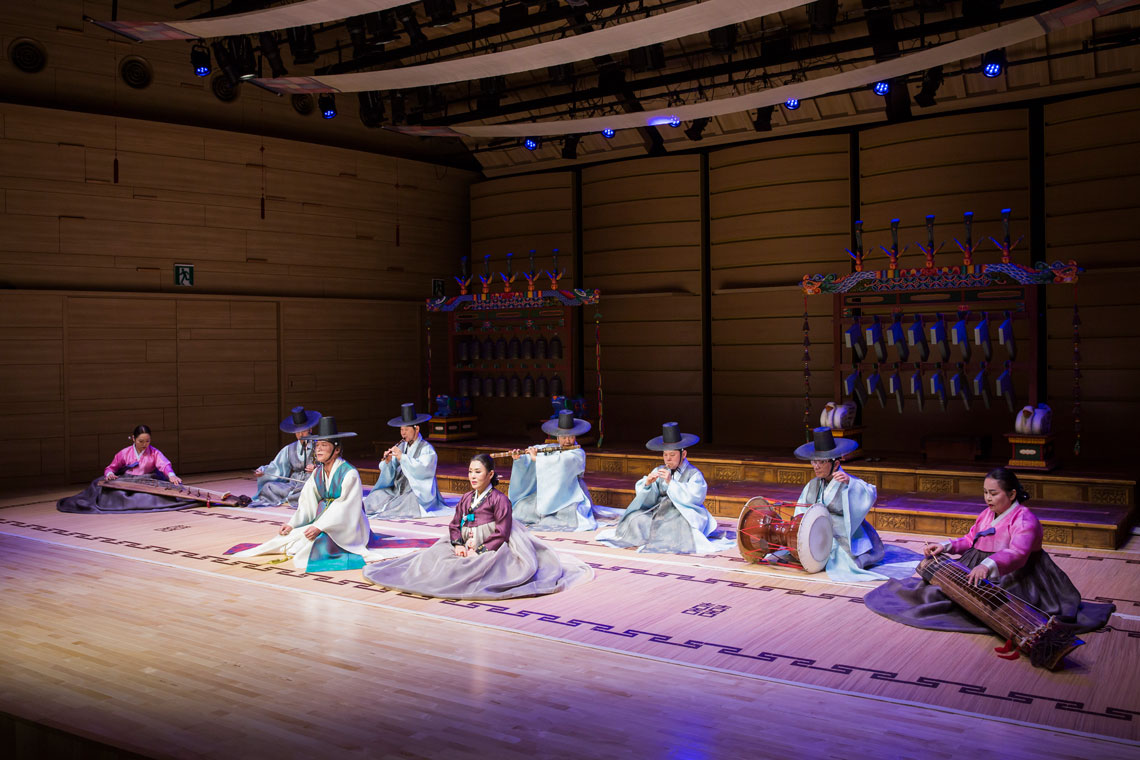 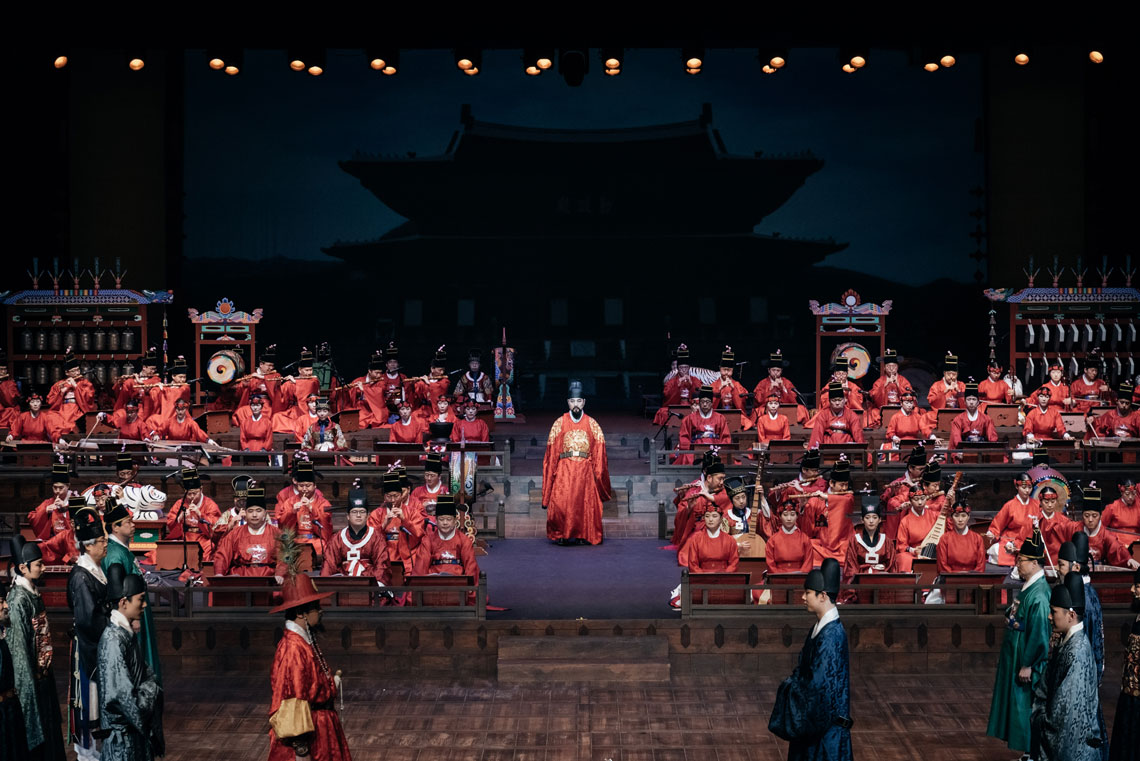 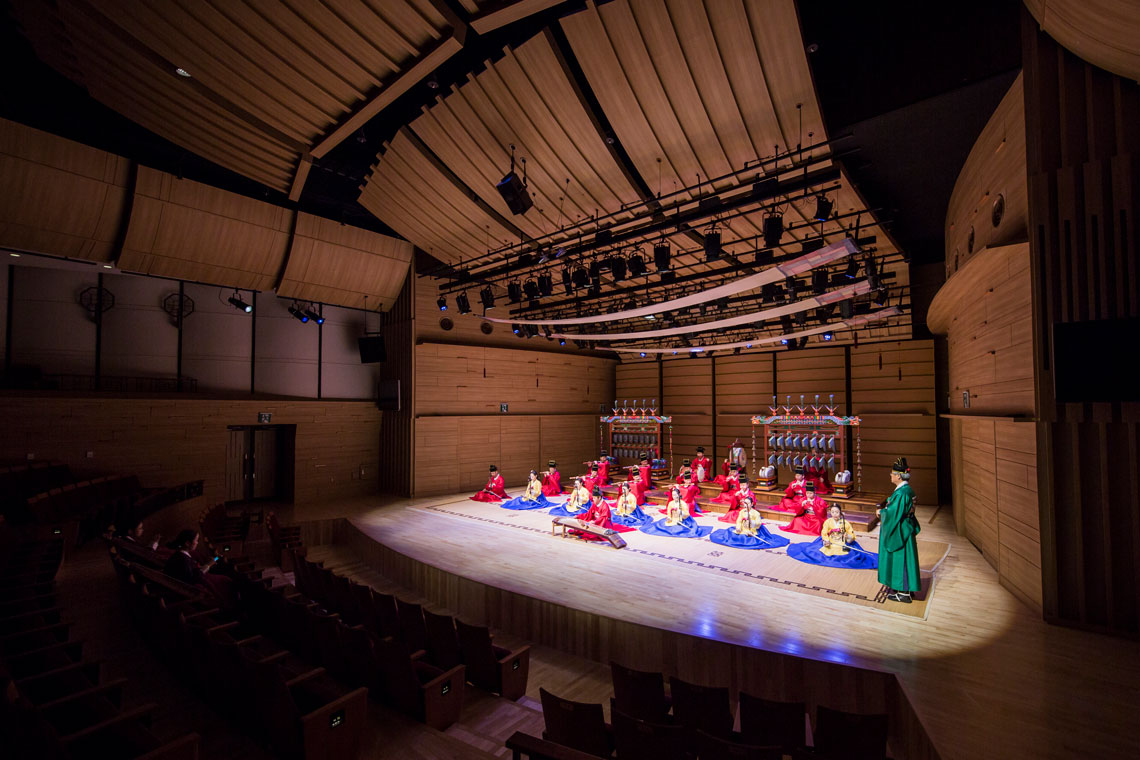 The Orchestra had held concerts with traditional and creative music works regularly during 1980-90s. In 2000s, the orchestra staged several performances in which the “original” form of music-singing-dancing complex were restored and represented. In addition, the “complete” traditional music series were staged in this period. Since 2010, the orchestra has tried to widen the scope of activity by attempting new performance-formats and by expanding repertoires of performance. These days the orchestra tries to produce newly-branded artworks based on the court music culture (i.e., “everything” of the court performance including music, singing and dance). Through various artistic attempts, the orchestra enriched the tones of existing repertoires and staged new types of artworks based on changed performance-format. In 2017, “Sejong’s Sinak” performance staged a show in which the original text of “Yongbieocheonga” was translated into contemporary Korean and then sung with the rhythms of court music. “Ggokdu” on which movie, theater and Gugak met to each other was a try to bring the original narrative in screen to the stage. The names of music directors are as follows: Choi Chung Woong, Jeong Jae Guk, Kim Jung Seob, Hwang Gyu Nam, Song In Gil, Kim Han Seung, Gwak Tae Heon, Kim Gwan Heui, Yu Yeon Suk, and Yi Yeong (currently).